Guy started creating our own Hewletts Mill Cider in 2018

Edgar Harding lived at Red House Farm next door to Hewletts Mill until he died on Boxing Day 2019.   An agricultural engineer by trade, Edgar made cider from his home orchard all his life as did his father and grandfather before him, the Harding Family’s cider was pressed in the old fashioned way using a traditional screw press and a “cheese “ made from layers of apple pulp and straw. Although the cider was something of an acquired taste, being very traditional in style, it won several prizes over the years at the Bath and West Show.

It was drinking the product of Edgar’s labours and watching him at work in his cider press shed that kindled Guy’s interest in keeping this wonderful country tradition alive.  However Edgar’s farmhouse scrumpy proved a bit too challenging for Cindy so it was necessary to come up with a cider that appealed to the more discerning modern (as well as female) palate.  It was with that challenge in mind Stone Broke was conceived.

Bob Chaplin, a very well respected local cider consultant, was engaged to advise and, most importantly help get the chemistry right.  Three splendid traditional local apple varieties were chosen and the first batch was pressed in the autumn of 2018.  It was with great trepidation that Guy tasted the first bottle off George Perry’s bottling line in June 2019.  The results was fantastic and exactly what he had been looking for, a gently sparkling lovely fresh bright cider bursting with crisp apple flavour, a hint of caramel and just the right balance of sweetness, acidity and tannin, and most importantly not even a hint of farmyard!  Luckily Cindy loved it, and since that moment Stone Broke Cider has replaced wine as the default sun-downer at Hewletts Mill.

“Anyone can make cider, just allow apple juice to ferment and you will get cider, but I soon learnt that to make really good cider there is rather more involved.  Starting with the right choice of apple variety, good quality ripe but not over-ripe apples and most importantly the initial fermentation needs to be as slow as possible which means keeping the fermenting juice cool.  Then the all-important malolactic fermentation which takes place in the spring as the ambient temperature rises, its then that the cider starts to change, as the naturally occurring malic acid turns into lactic acid the harsh tannins soften and the glorious crisp apple flavours return.  Because malolactic fermentation occurs when the apple trees are in blossom it was traditionally thought that somehow the cider was working in sympathy with the trees (a lovely idea but unfortunately not borne out by the science).  Then timing is of the essence and in order to capture the wonderful nectar at it best it must be bottled at just the right moment”.

We are passionate about making great cider at Hewletts Mill so our apples are very important to us.

Our Stone Broke Vintage is made by blending and fermenting the juice from three carefully selected varieties of traditional local Somerset bitter sweet cider apples.  Yarlington Mill, Harry Masters Jersey and Dabinett apples are chosen for the complexity of flavour and character they bring to the cider.  Tradition and local provenance is also an important factor in creating this truly artisan cider with a subtle sophistication that far removes it from everyone’s idea of rough farmyard scrumpy.

Yarlington Mill    As local as it can get… originating from Yarlington Mill which is about a mile further up the little river Cam above Hewletts Mill.  A wonderful bittersweet variety first found as a “gribble” growing out of a wall in the water mill tail race channel by Edward Bartlett the miller in the late 19th Century and developed  commercially by Harry Masters, a cider apple nurseryman from the adjacent village of Woolston.

Dabinett   A popular and highly esteemed bitter-sweet  variety.  All Dabinett apples originate from a seedling found in the 19th Century by William Dabinett in the nearby village of East Lambrook.

What makes Stone Broke so interesting is that every years vintage is slightly different.

A fabulous summer for producing lots of very ripe fruit.  2018 Stone Broke has a rich golden toffee colour with a velvety smooth mouth-feel, a very good balance of sweetness and acidity, gentle tannin, strong notes of crisp apple and caramelised toffee. A luscious cider but not one for quaffing, better appreciated in a wine glass than by the pint.  Everyone loved it but unfortunately we didn’t make enough and it’s all gone!

Slightly less natural sugar in the apples this year, but still good and plenty of them. A bit lighter and more straw coloured than 2018, bright and gently sparkling with a lovely balance of sweetness and acidity, hints of soft tannin and crisp apple notes.  A fresher and slightly lighter cider than the 2018 with a little more acidity making it very refreshing and easy to quaff, but still best appreciated in a wine glass. Excellent with all types of food.

We are very proud to say that our 2019 vintage won the Silver Medal in the bottled cider class at the British Cider Championships at the Bath & West Show in August 2021.

Another fabulous vintage which produced a lovely fresh cider bursting with crisp apple flavours,  a great balance of sweetness and acidity, gently tannin and a lovely clean finish (and not even a hint of “funk” about it)…..  Word is getting around and people are loving it!

We will look forward to entering this for the Bath & West Show next May.

As I write this in October we have just harvested the Harry Masters Jersey.  Lovely big red jucy apples that look like eating apples but for the high tannin content (which is exactly what we want for good cider).   The  Yarlington Mills should be ready in a couple of weeks and the  Dabinetts shortly after that. 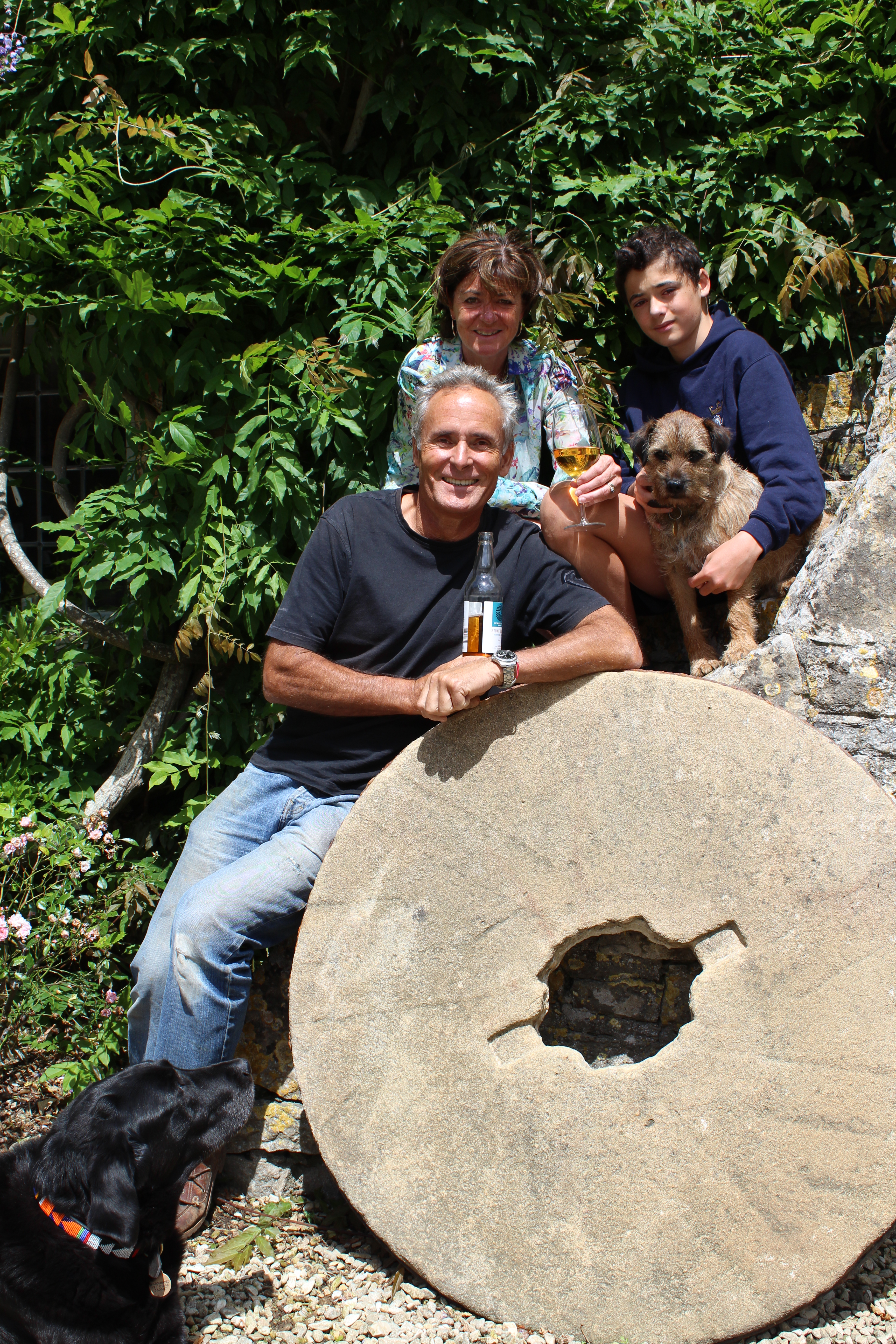